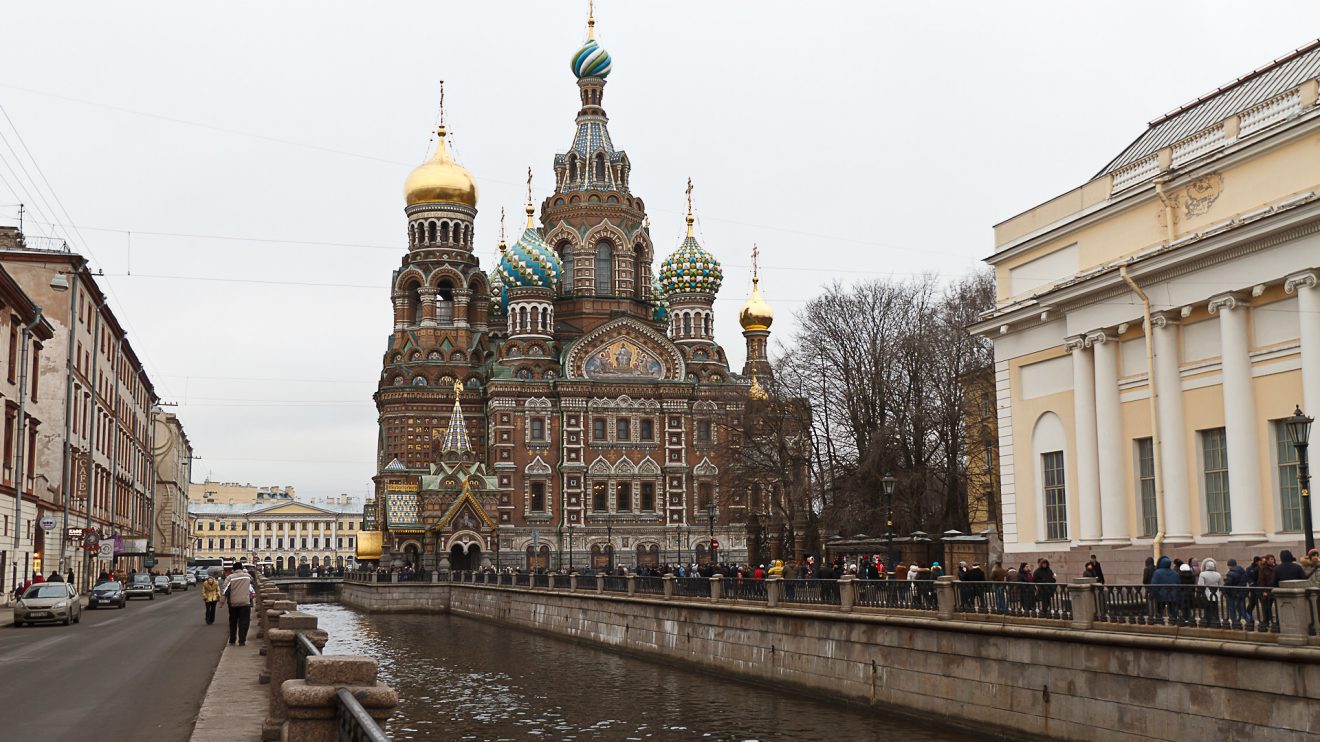 One of the most popular reasons to start learning Russian is the desire to better experience Russia’s rich culture. Russia has had an outsized impact on global culture with its important contributions in many different fields. As such, from literature and political philosophy to music and cinema, there’s something for everyone. Here are some ways in which you can explore Russia’s fascinating heritage while practicing your language.

Russian literature is undoubtedly one of the most influential literary canons in the world. And it’s definitely a major motivation for many who begin learning Russian. Unfortunately, though, many Russian students feel intimidated by the many mammoth Russian novels out there. Perhaps you yourself feel this way. However, don’t despair! There are many great works you can experience at an intermediate Russian level.

Russia experienced a literary Golden Age in the 19th century, when writers like Alexander Pushkin, Anton Chekhov, Nikolai Gogol, Leo Tolstoy, and Fyodor Dostoyevsky blessed the world with their creativity. Fortunately, many of these authors’ works are short enough for an intermediate or even a beginner Russian learner to enjoy.

A short story that many Russian students read early on is Gogol’s The Nose / Нос (1836). It’s a piece of surreal satire that describes an St. Petersburg official’s nose that comes to life. In an amusing commentary on imperial Russia’s obsession with status, the official is horrified when his nose attains a higher rank than him.

Other handy shorter texts include short stories by Chekhov, like The Lady with the Dog / Дама с собачкой (1899). A big benefit of Chekhov is that the way he writes Russian is not too different from how people speak it today.

Another excellent work and a personal favorite of mine is Hadji Murat / Хаджи-Мурат (1912), a Tolstoy novella. It’s less than 200 pages and great fun to read!

Towards the end of the 19th century, ending with the early years of the Soviet Union, Russian literature took a turn into what is referred to as the Silver Age. During this time, many notable shorter works of fiction and poetry were produced. Some of the best-known writers of this era include Andrei Bely, Aleksandr Blok, Anna Akhmatova, Ivan Bunin, and Maxim Gorky.

What’s great about this period for Russian learners is that there are so many shorter works that make for easier reading, especially poetry. Some of my favorite poems are Anna Akhmatova’s Requiem / Реквием (1963), about Stalin’s purges from which she personally suffered horrifically, and Aleksandr Blok’s The Twelve / Двенадцать (1918), about twelve Bolshevik soldiers in revolutionary Petrograd.

Despite strict censorship for much of the Soviet Union’s existence, especially during Stalin’s reign, many Soviet writers created world-class works. Some of these authors include Yevgeny Zamiatin, Isaac Babel, Vladimir Mayakovsky, Mikhail Bulgakov, Boris Pasternak, and Aleksandr Solzhenitsyn.

Bulgakov is one of my favorite novelists. I especially love his best-known work, The Master and Margarita / Мастер и Маргарита (1966). In it, the devil visits Moscow, causing all hell to break loose (figuratively). Another great Bulgakov work is his short story, Heart of a Dog / Собачье сердце (1925), which makes for more accessible reading.

There are so many great Russian movies to see. Better yet, almost all of them from the Soviet era are free to view online, thanks to the legacy of communist copyright conventions. However, for a non-Russian it can be hard to decide what to watch and difficult to find versions with English subtitles.

Enter https://RussianFilmHub.com – a library of free Russian and Soviet movies with English subtitles. I’m biased because I created the site, but I firmly believe it’s the best resource out there for non-Russians to discover great Russian films.

At Russian Film Hub you can find works by some of the most influential directors of all time, like Sergei Eisenstein and Andrei Tarkovsky. You can also enjoy fun comedies like those of the prolific directors, Eldar Ryazanov and Leonid Gaidai. Beyond that, there are many great Russian cartoons, including works by Russia’s most revered animator, Yuriy Norshteyn.

If you’re early in your Russian-learning journey, I most of all recommend the comedies of Leonid Gaidai. They’re some of the most popular films in Russian history and are full of many catchphrases that are popular to this day. They’re also at a reasonably easy-to-understand language level, helped by a lot of slapstick comedy. The most popular of these Gaidai movies is The Diamond Arm / Бриллиантовая рука (1969). In it a gentle-mannered economist realizes he is being used by a gang to smuggle contraband gems wrapped around his arm cast.

Later in the 19th century, a slew of amazing Russian composers of the Romantic style rose to prominence. They included the Rubinstein brothers and Pyotr Ilyich Tchaikovsky. At the same time, composers like Modest Mussorgsky and Nikolai Rimsky-Korsakov flourished, espousing a distinct Russian style of classical music.

The most iconic piece of music from this period is undoubtedly Shostakovich’s Symphony No. 7. Shostakovich had composed the symphony while his hometown of Leningrad was under siege by Nazi Germany. The Leningrad premiere was performed by starving musicians on August 9th, 1942. This special performance was broadcast across the city as well as to the surrounding Nazi soldiers. It gave great strength to Leningrad’s suffering inhabitants as well as a strong show of defiance to the Germans.

During the 1960s, a number of Soviet bards / барды rose to prominence. They were folk singers who operated outside of the usual Soviet musical establishment. My personal favorite of them is Vladimir Vysotsky. He has a raspy, melancholic voice that I find beautiful. There are many Vysotsky songs to recommend, but if you have time for just one, check out Capricious Horses / Кони привередливые (1972).

In the decades following the Soviet bard period, domestic rock and roll became very popular in the Soviet Union. Some of the more acclaimed bands were DDT, Nautilus Pompilius, and Kino. My favorite of these is Kino.

Kino (Кино), fronted by lead-singer Viktor Tsoi, defines the 1980s for many Russians. Interestingly enough, many have compared Kino and Tsoi with Nirvana and Kurt Cobain. A large bulk of Kino’s songs deal with the desire for liberty. The way this search for liberty was expressed, though, was not overly political. Nonetheless, one of their songs, Перемен !/ Change!, came to be associated with the Perestroika period.

Today, pop music dominates the Russian music scene. Instead of offering a recommendation, I would encourage you to find out what you enjoy. In an hour of searching around YouTube you’re sure to find some contemporary Russian music that’s a good fit for you. Good luck with your search!

I'm an American who loves Russian culture and the Russian language. I'm the creator of an online library of Russian movies with English subtitles -https://RussianFilmHub.com. I hope it's helpful to you!